GO LIVE! WITH FRED SCHEBESTA:
How to Develop Your Business Idea

Get confident and launch your business idea!

Learn 6 simple steps in my online course to turn your business idea into reality. This is the system I used to build a global online business, Finder, worth over $300 MILLION. I am OBSESSED with building businesses. This is what I live for. I've been mastering my process for 22 years and for the first time ever, I'm sharing it with you.

I’ve heard from so many people over my 22 years of building businesses.

His name is Michael and he's thirsty for more. He wants a better life for himself, and for his family. He wants financial freedom. He wants independence. And he has an idea 💡

Michael has come up with something really cool and he may have even started Going Live! He hasn’t mapped out his strategy and has no idea where to start.

He thinks it sounds cool. He's written an "elevator pitch". His friends and family say it makes him sound smart because they have no idea what Michael is talking about.

And then he gets stuck 😕

Michael's fear of failure is overwhelming and it becomes debilitating. His lack of confidence steals his motivation and he spirals back into his comfort zone.

He asks me, “How did you get your idea off the ground? With no funding?” And, “How did you have the courage to quit your job and sacrifice so much for an idea that might not work out?” 🤔

I tell the same answer every time.

I built a global business and built a personal wealth of $250 million by following these 6 steps. If you are ready to be an entrepreneur and GO LIVE! this is the course that could help you reach your potential.

That’s why I’ve built this course. 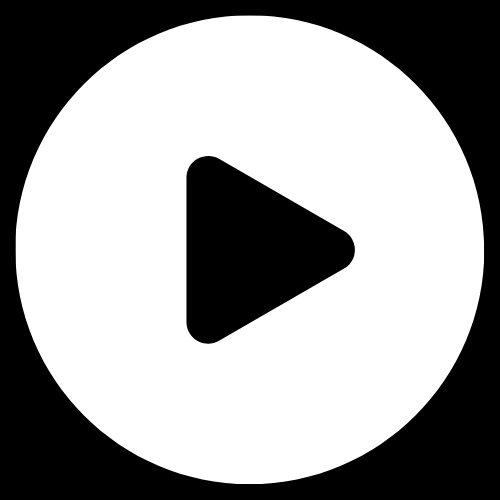 I'll personally review your business idea for the first 25 people who enroll. I will send you feedback via video. 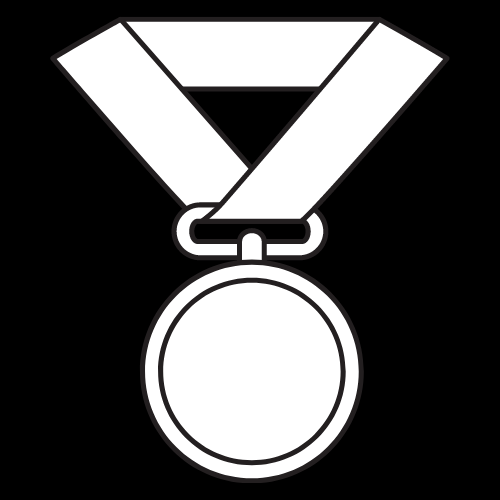 I've perfected this system for the past 22 years and have built 3 successful businesses, one worth over $300 million.

I don't sit around talking about theories, we actually Go Live! In every step I set challenges and worksheets to complete. 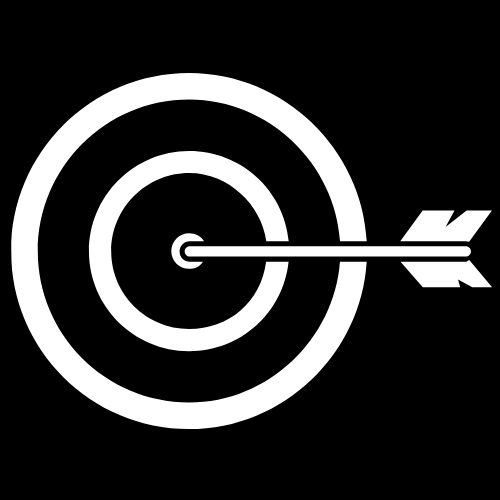 I'm straight up in every step. It won't do the hard work for you. It's uncomfortable. It's high impact learning.

For a limited time, enroll now for an exclusive LIVE Q&A. Hear from Fred Schebesta with your chance to ask him questions.

A livestream virtual 1 hour session, ask questions directly to Fred about your business and your journey. You will get direct answers from Fred. All questions are valid.

There are a limited number of places available. Enroll now!

There are 6 steps in this course. Each step includes a 30 minute video, worksheet with summary, templates and a resource list, challenges and straight chat, and a bonus case study interview!

STEP 1: HOW TO BUILD A GROWTH MINDSET

STEP 2: HOW TO COME UP WITH A BUSINESS IDEA

Step 3: HOW TO DETERMINE IF IT'S A GOOD IDEA

STEP 4: HOW TO BE AN EXPERT IN YOUR IDEA

STEP 5: HOW TO TEST YOUR IDEA

STEP 6: HOW TO PIVOT YOUR IDEA

Exclusively for the first 25 people who enroll in this course, send me your Vision Document after completing the course. I will personally review your business idea and send you feedback via video.

What are you waiting for? 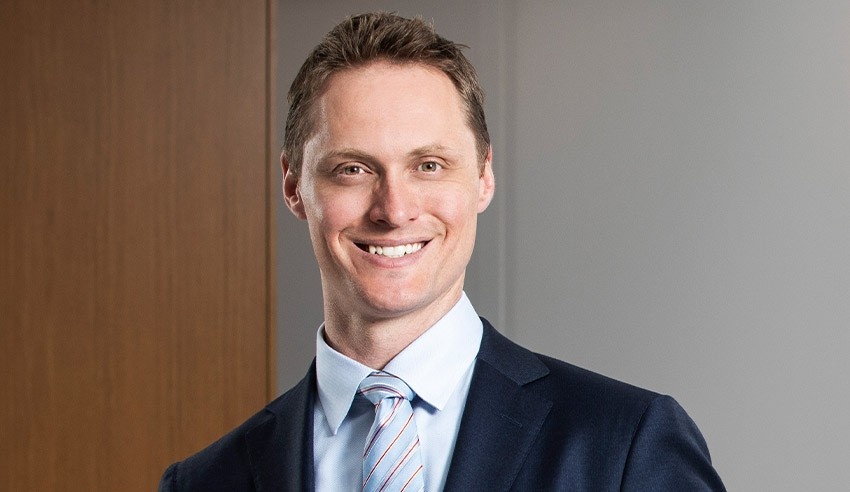 “Fred is a force of nature, he brings genuinely thoughtful and innovative ideas with an energy and enthusiasm that should be a model for any entrepreneur.” 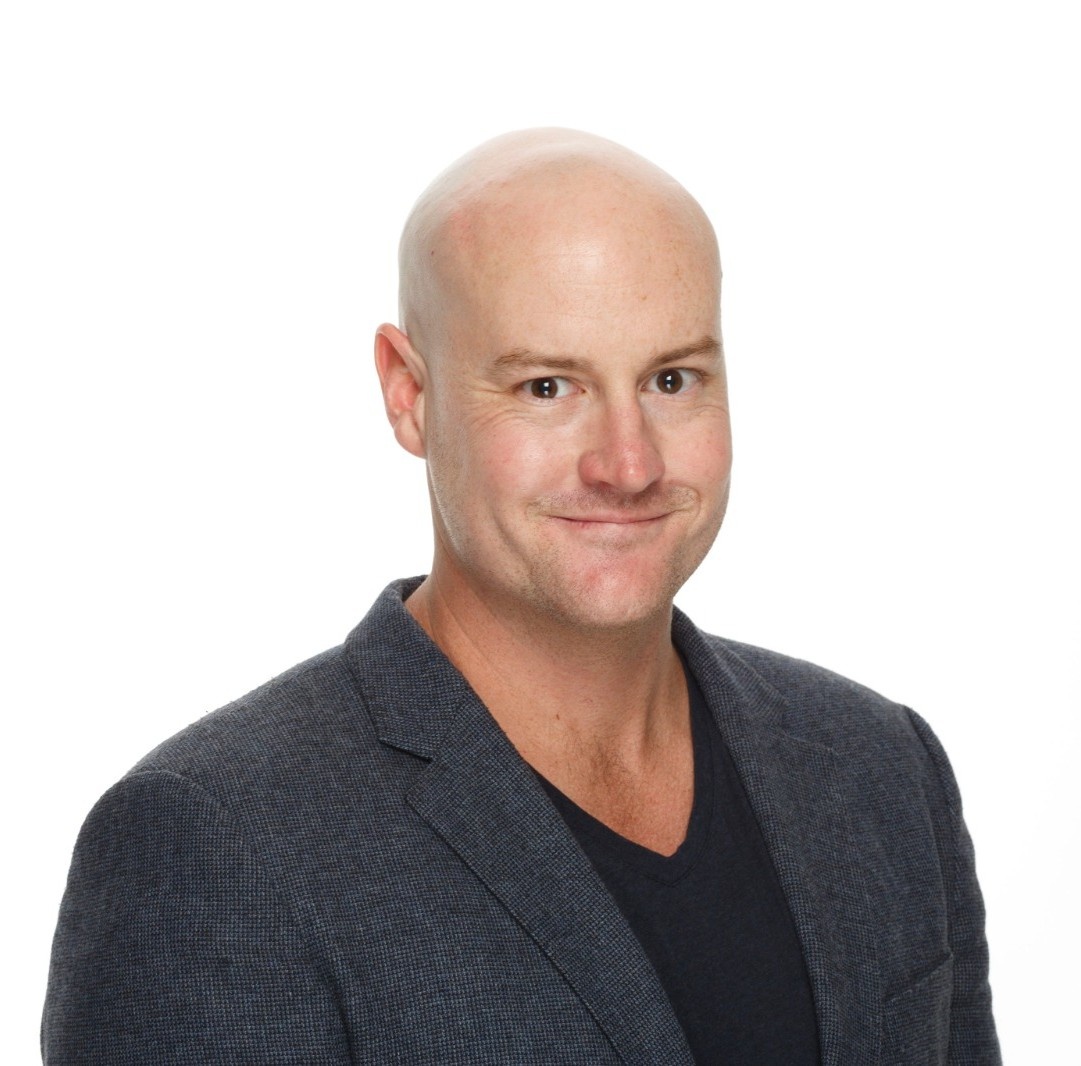 “I have known Fred for a few years now through doing the Cryptocurrency circuit and the guy is a big thinker and legend human. He has taught me a lot for running my business, helped me think clearer and work through issues with a lot more ease and clarity. The biggest element Fred has taught me is to "GO LIVE" just get it out there. Anything Fred does, I would back 100% as he is one special man and a great friend.”

“Fred is one of the most incredible entrepreneurs that Australia has seen, unapologetically  pushing the boundaries, challenges the status quo and knows how to create a global business.” 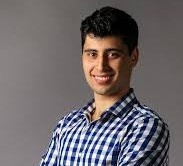 “Fred was one of the most insightful and engaging speakers at our conference. For two years he has been rated as one of the top speakers at DMA. We love having him as part of our speaking roster.” 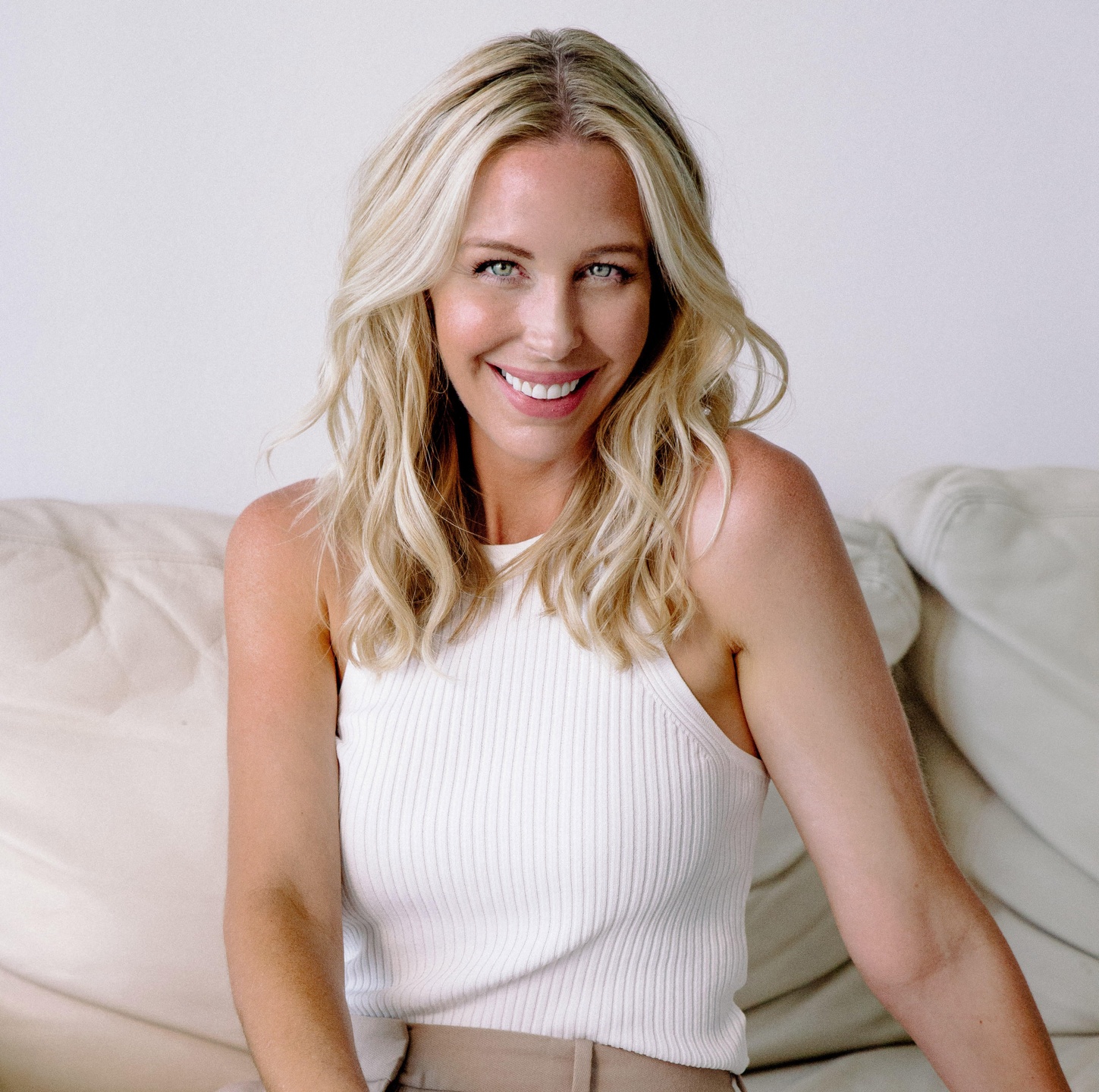 "I'm a huge believer in investing in your professional development and working with coaches who have walked the path before you. Fred is one of the most successful and knowledgeable entrepreneurs in Australia and with his advice and guidance I have been able to take my business to the next level." 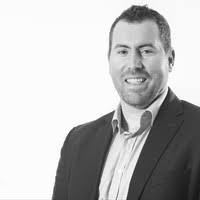 "Fred’s ability to connect dots and scale is inspiring. He is a PR machine with the ability to gain attention and drive influence with confidence and precision. If any entrepreneur has the confidence to battle big business and to be themselves, own what they know like Fred does they will be winning."

Fred Schebesta is a world-renowned business leader, best known for co-founding one of the world’s leading comparison websites and money app, Finder, worth over $300 million.

Fred is a serial entrepreneur and is passionate about startups, with his purpose to inspire people to reach unimaginable success. 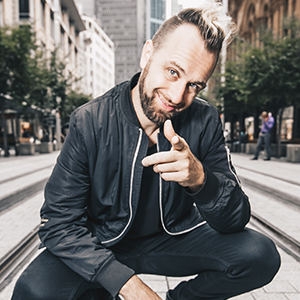 Who is this course for?

Do I need business experience to do this course?

No. I believe the best way to learn how to be an entrepreneur is to Go Live! Learn how to develop an idea and start small. Make mistakes. This is the best learning you can ever do.

Can I pay by bank transfer?

Can I skip steps or do them in a different order?

Yes. You can choose whatever order you'd like. Bur I recommend following the order of the steps.

Who teaches the course?

Fred Schebesta is your instructor. Fred is an award-winning, Australian-born business leader, with 22 years experience building successful businesses, including global personal finance comparison website and money app Finder. With a self-made wealth of about $250 million, Fred shares his successful methods he uses to create incredible businesses.

What if I don't have a business idea?

You don't need to have a business idea to do this course. Learn how to develop an idea and when you spot one, you will know exactly what to do first!

What if I don't have any funding?

You don't need funding to develop a business idea. In fact, I like to launch businesses without raising capital.

Is there a time limit to do the course once I've paid?

Once you have paid, you have 3 months to complete the course. After that, your access to the content expires. Let us know if you need more time.

Can I claim the cost back as a tax deduction?

Many countries including Australia, USA and UK allow you to claim educational expenses as a tax deduction. Check your government's taxation website for more details.

How long will it take me to do each step?

Each step contains a video about 30 minutes long, and a worksheet. You can stop pause and replay the video as many times as you like, keeping in mind the course expires 90 days after purchase. Step 3 includes a bonus case study video about 30 minutes and the resource lists include books, podcasts, videos and other materials. You can spend 1 hour on each step or 100 hours if you want to go deeper in your research – it's entirely up to you.

Don't let your dream remain a dream. There is only one way to make it a reality and that requires action. Your action. Because nobody else can make it happen but you. 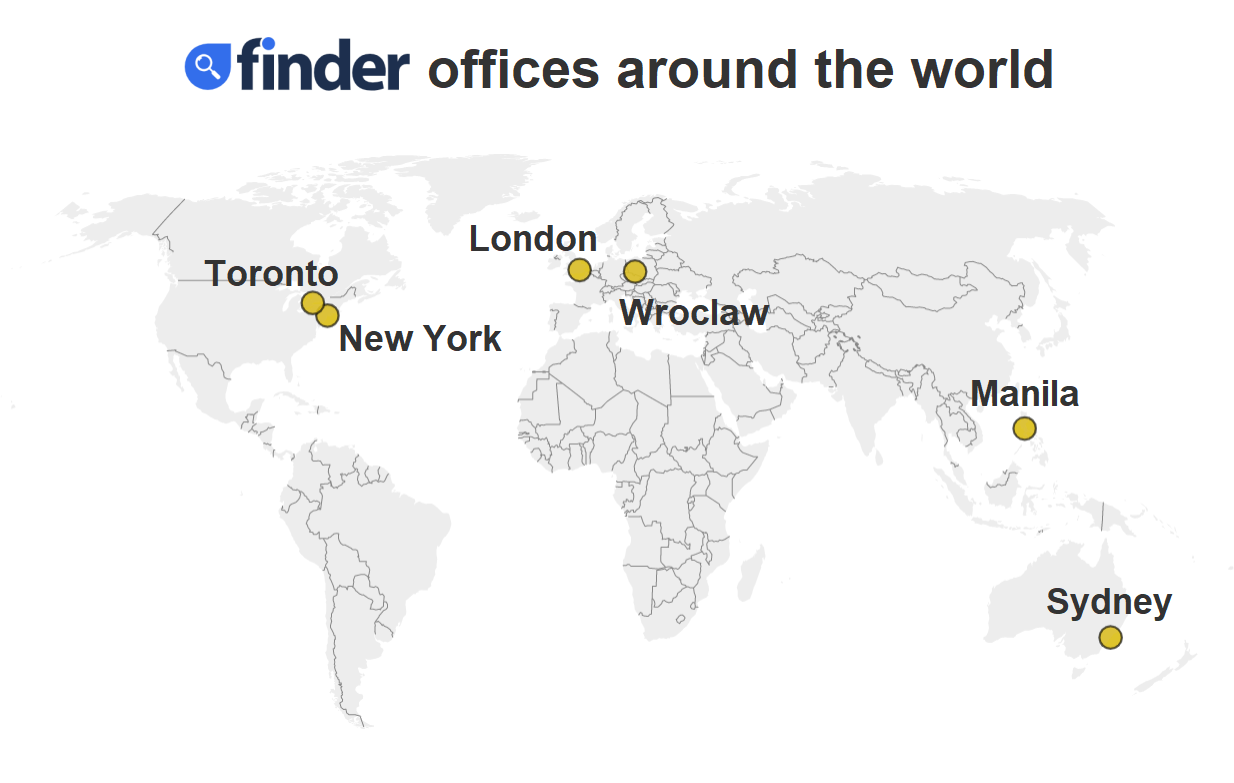 Not Quite Ready Yet?

That's OK, let's stay in touch. You never know, I might send you something that will motivate you enough to take that idea from inside your head and do something with it.

This is NOT the course for you if you are lazy, you won't put in the effort to challenge yourself, be uncomfortable, face failures, and stretch yourself passed your limits. If this is you, DON'T SIGN UP.

If you are sick and tired of working hard without recognition, you're undervalued and want to have financial independence on your terms, this is the course for you.

I'm not a therapist, I’m not a psychologist, I’m not your guru. BUT I do understand the burning desire to have your idea become real and the overwhelming emotions and doubts and fears that come with it every day.

I am going to teach you how to get confident and start your business idea. I will take you through how I’ve overcome these challenges and I’ll teach you my system I use to develop my business ideas.

Schebesta Ventures Pty Ltd (Fred Schebesta) can not and does not guarantee any success, results or future earnings with the ideas, strategies and information in this course. Your success depends on you, including your skills, resources, resourcefulness, creativity, ability, and most importantly, determination. Any income or earnings published or publicised are based on past performances. Past performance is no guarantee of future results. Use caution and always seek professional advice before acting on lifestyle or business decisions. Click here for more information. 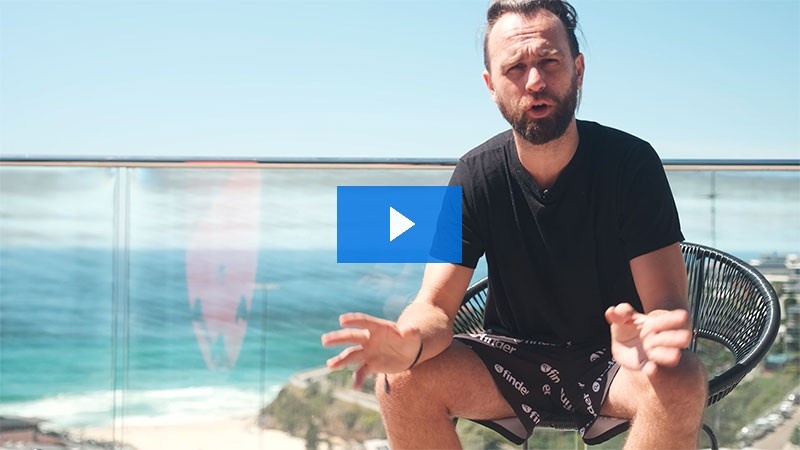 Watch this free video to get a sense of what it takes to GO LIVE!